The Brand Formerly Known As… 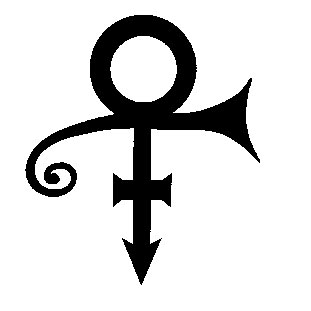 I’ve had a love-hate relationship with my name during the course of my life. Or I should say hate-love relationship. The dislike came first.

In elementary school, I was the only Evelyn. Not just in my class or in my grade. But in the whole school.

No one that age wants to stick out. I would have given my eye teeth to be the fifth Carolyn in my grade instead of the one Evelyn.

The CVS incident didn’t help. When I was 12, a friend and I were shopping there when she called to me from the next aisle over. A silver-haired, wrinkled old woman next to me overheard her and said, “I didn’t know they were giving such old fashioned names to girls these days! My name is Evelyn too.”

I smiled the best I could and got out of there fast.

I didn’t feel old fashioned and my name felt uncomfortable to me. I knew I could change my name when I became 18, but had no idea what to change it to.

The tide turned toward the end of high school. Becoming somewhat nonconformist I began to like having a name that set me apart.

By the time I got married, I liked my first and last names enough to keep them. I had established a good reputation among my colleagues and wanted to build on that.

Just as I wavered about my name in my teens and flirted with the idea of changing it, it is common for Brands in Adolescence to consider changing their name. When sales are off and momentum has stalled, it is tempting to think that a new name will jumpstart the business.

BlackBerry cell phone sales and market share plummeted beginning in 2012. Its brand reputation shifted from state-of-the-art in the 2000s to has-been in the 2010s. BlackBerry owners became embarrassed to admit that they were still using the device.

Thorsten Heins became CEO of Research in Motion, maker of BlackBerry, in January 2012. A year later he announced that the company was changing its name to BlackBerry because “We have reinvented the company, and we want to represent this in our brand.”

It took years for Heins’ replacement, CEO John Chen, to steady Blackberry. Chen had Blackberry stop producing its own phones in September 2016. He shifted the brand’s focus from hardware to software and from all cell phone users to business customers.

Chen also leveraged BlackBerry’s reputation for security. Cybersecurity is a big part of its business now. Market share and revenue remain a fraction of what they were at BlackBerry’s height in 2011 though.

Name changes are expensive and need to have a strategic purpose for them to be worth the investment.

Here are some good reasons to change a company brand name:

A name change alone will not improve your company’s business. Coupled with good strategic planning and action, however, it can set your company up for future success.

As for my name, apparently its status has changed. A while back I met someone at a birthday party who told me that his sister’s name was Evelyn, and that Evelyn was again among the most popular girls’ names for babies.

I was skeptical so I looked it up.  Evelyn ranks #10 on the Social Security Administration’s Most Popular Baby Names 2018 list for girls. Babycenter.com reports Evelyn is the 14th most popular name for girls so far in 2019. Who knew?

I’ve sworn though that if I ever run into any of these newborn Evelyns several years down the line, I’ll just smile and say “I like your name.”

Subscribe
Can HubSpot Practice What It Preaches Profitably?
Sell More by Offering Less