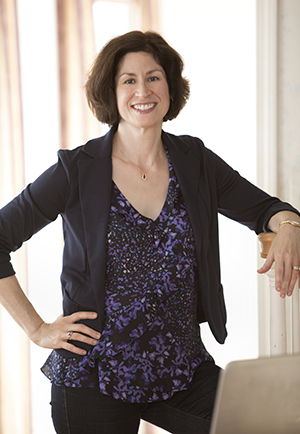 For as long as I can remember, I’ve been fascinated by what motivates people as they choose what to buy.

When I was about 7, I started holding “sidewalk candy sales.” I set up my table and chair in front of my house and laid out some bubble gum and Starbursts. Those sold quickly, so I branched out to include all sorts of things like Now and Later candies, chocolate bars and Wacky Packs. One thing I noticed was that red candy sold better than any other color. So I bought more of it knowing it would sell better.

A couple of years later, I watched my Bubble Yum sales tank as rumors about spider eggs in the gum ran rampant. That was my first inkling that widespread beliefs, true or not, could influence my local customers’ decisions.

When I was 11, my father tried to prove there was no reason to pay a premium for brand-name shampoo. Unbeknownst to me, he filled a Johnson & Johnson’s Baby Shampoo bottle with local supermarket ShopRite’s baby shampoo to see if I noticed a difference. As I poured the shampoo, I was horrified to find the stuff that I expected to be thick and luxurious running though my fingers and landing on the shower floor.

After I mentioned to my mother that we must have purchased a bad lot of shampoo, she exposed my father’s ploy. Instead of proving his point, he solidified my preference for J&J’s product as I described what was better about it and insisted that I would not accept a substitute. (I watched his personal care product purchases on my behalf very closely from that day forward!)

When I was 14, my mother broke her ankle and was rushed to the hospital in an ambulance. The following year, when my parents sought a contractor to repave our driveway, they decided to hire the firm headed by the volunteer ambulance driver who took my mother to the hospital. It was their way of thanking him, but it showed me how little, seemingly unrelated things regarding one aspect of a brand can affect the sales decision.

My fascination with what motivates customers to buy followed me into the work world.

I spent the first 10+ years of my career working for some recognizable brand name companies in New England. Anytime I mentioned where I worked, there was a good chance someone would volunteer an opinion or image of that company or of their products or services. I listened to these views with great interest.

While this seemed unfair, I realized that the more successful products and services came from those companies who took this into account.

I further realized that many brands get stuck after their initial run. They launch with great fanfare and ride that momentum to gain traction, but when the novelty runs out they often stall. They enter this kind of awkward, “adolescent” phase where they’re spinning their wheels and not making progress. Growth suddenly stops or falters.

So today, I combine these two things: my fascination with why people buy and the problems that brands encounter as they struggle to grow. I help companies figure out what aspects of their marketing efforts are not working and I show them how to fix them. As a result they invest marketing dollars most wisely and get back to growing sales again as quickly as possible.

Click here to read about the insights I’ve gleaned to help brands grow.