When Bigger Isn’t Better for Your Brand 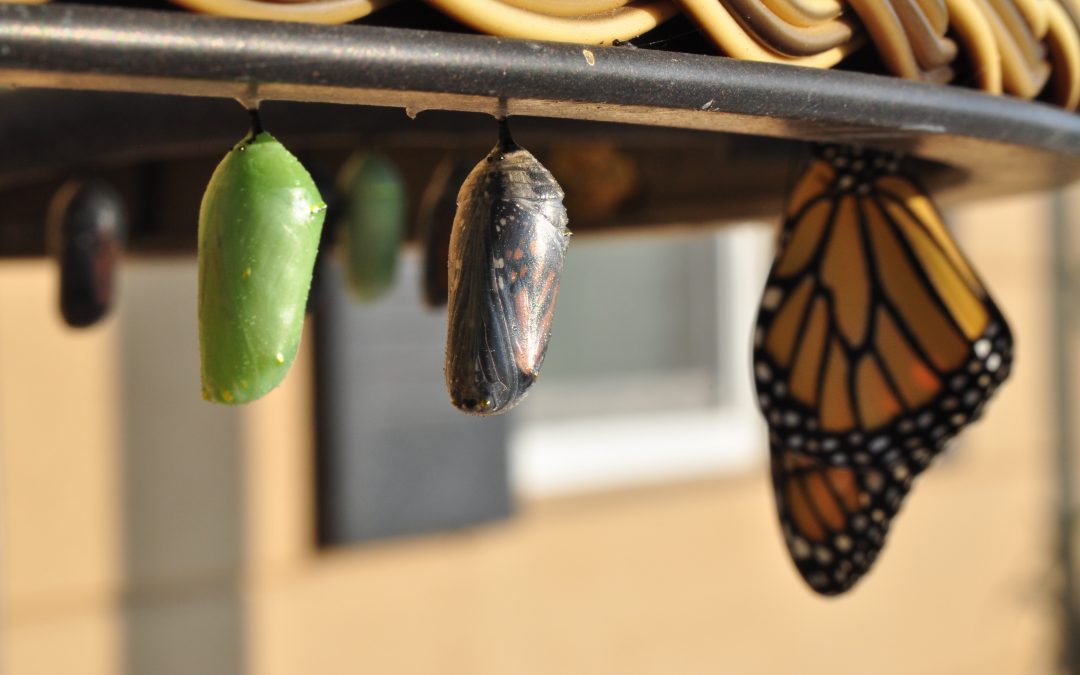 When I began writing this newsletter eight years ago, my two children were in middle school. Now both are in college.

As middle school students they had no idea what they would study in college. Even upon arriving on campus they were unsure.

My son AJ went to college undecided on a major. He had a plan B to major in French since he had enjoyed studying the language in high school, but hoped to explore other interests.

A freshman-year class in geology rekindled his latent love for the subject. In May he will graduate with a double major in geology and French and a minor in writing.

My daughter Fiona applied to college as a psychology major but changed to behavioral neuroscience before she stepped into her first class.

It took being on campus and trying a few classes to figure out where they wanted to specialize.

It is common and human to try something before knowing if it is a good fit.

We need to explore, learn, discover interests, identify opportunities and refine our thinking.

Adolescence is prime time for this exploration and discovery. Adolescents have enough life experience to have some ideas about their identity and direction, but need to try things to figure them out.

Brands develop in parallel fashion. Few know what their purpose, identity and niche will be from the beginning. Most enter the industry riding a founder’s passion, targeting an unmet need or pursuing a great product idea.

Brands experience another common side effect of adolescence: pressure to mature fast.

Our society prizes speed and size. Pressure to grow abounds.

You need to get into your business and be in it for a while for your brand’s true purpose and identity to emerge. Like college students declaring majors, where you start often isn’t where you end up.

I was in business 11 years before I hit upon the idea of brands in adolescence.

Spotify needed 10 years in the market place before it shifted from its product-based purpose of enabling lawful music-streaming access to “unlock the potential of human creativity.”

The Gluten-Free Territory brand developed over 11 years from the time founder Barbara Freedman discovered the unmet need for delicious gluten-free desserts, to the creation of a gluten-free brownie with her partner Arielle, to the full expression of the brand and product line-up.

You need to experience the industry to see what unmet needs exist, what your brand’s unique contribution can be, and what niches have gone unclaimed. You need to attract and get to know your audience.

Then you build the infrastructure to support your brand in its purpose and to serve your audience.

All this takes time. Patience is more than a virtue in brand development. It is a lifeline.

The Danger of Pre-Mature Growth

What happens if you rush growth for growth’s sake?

As Digital Marketing and Content Expert Ann Handley says, “In business, focusing only on the milestone and not the momentum means we often make decisions that are short-sighted—and maybe even all wrong.”

Pre-mature growth can backfire, spelling disaster for your brand, your employees and you.

Inspired by the Mission District taqueria scene and wrap restaurants in San Francisco, Boloco owner and CEO John Pepper co-founded the chain with three friends, opening their first shop in Boston in 1997 with the name “Under Wraps”.

In late winter 1997 Pepper was mopping the shop floor at midnight, wondering who would opt to take a job like this for such a low wage? And where did they think that job would lead?

Those questions bloomed into an epiphany that his brand needed to invest in its people.

Pepper’s purpose became paying his employees a livable wage, which led to the company’s corporate mission: “To positively impact the lives and futures of our people through bold and inspired food and practices.”

Ability to earn a living wage was indeed an unmet need and unique offering in the fast-casual restaurant industry.

In 2001 the company increased their minimum wage to US $8.00, 35 percent more than the lawful minimum at the time ($5.15). For the next five years they recorded their best sales and profitability.

By 2005 the brand had 10 stores and underwent a renaming process to become “Boloco,” a name short for Boston Local Company.

Pepper and his team viewed Boloco as a growth concept and pushed for rapid expansion. In 2007 the team wooed Winona Capital and won a $10 million investment from them.

In July 2008 Pepper told Nation’s Restaurant News he expected to nearly double their then 13-store brand by the end of 2009.

Instead they opened four stores and closed one.

Meanwhile Boloco’s minimum wage stayed at $8.00, though they provided other benefits and offered education and professional development opportunities.

Boloco’s board, which included several investor representatives, pushed back on Pepper’s efforts to raise wages.

Boloco Goes to the Brink

Still pursuing visions of rapid growth, Boloco posted a video in February 2012 entitled “Our Story at 15,” and said:

“This year Boloco turns 15 years old. We honestly have no idea how we made it but we did. Our childhood and early adolescent years were tough but now like most teenagers we’re feeling kind of rebellious. We’ve got big plans in the coming years.”

But in 2013 the company stopped growing. The burrito trend was maxing out. Diners and investors were turning to new ideas.

Pepper faced tough financial circumstances. Still envisioning growth, he brokered a $15 million dollar investment deal from a financial partner to grow the company from 22 stores to 60 by 2016. Almost a three-fold increase in 3 years!

Boloco’s board balked at the deal. Pepper gave the board an ultimatum to accept the deal or he would walk. The board let him walk.

Without the champion of the brand’s purpose, several top managers left. Boloco then proceeded to implode to the brink of bankruptcy.

Two years after the board showed Pepper the door he bought the distressed brand back. One of his first moves? Implementing a livable wage increase on Christmas Eve 2015.

Here’s the chart Pepper included in his email announcing the increase, which he described as a “bet the company” moment:

It took Pepper until January 2017 to get the brand to stop losing money while still being true to its purpose and identity as the fast-casual restaurant brand that improved the lives of its workers. It has been profitable since February 2017.

Restoring the brand’s financial health included selling eight stores to other companies and closing three others. Boloco closed one more store in October 2019.

On the cusp of its 23rd birthday, the Boloco brand has eight stores and 130 employees, just over a third of its size at its height in 2013.

Given that Boloco closed a store as recently as last October, I’d say the jury is still out as to whether Boloco will survive its brand adolescence.

I hope they do. Their purpose is admirable and an important contribution to their industry.

Grow at Your Own Brand Pace

Imagine if Boloco had grown more slowly and had taken less outside investment.

CEO Pepper would have retained greater authority to pursue the brand’s purpose and to focus on its primary audience, and would have wasted less time and fewer resources placating investors.

Perhaps their minimum wage would have risen between 2002 and 2011, and Pepper would not have had to bet the company in 2015.

Hindsight makes that easy to see but you can also understand the pressure to grow and the allure of capital funding.

How do you live in a society that believes “If you are not growing, you are dying” and yet heed the cautionary tale against pre-mature or overly ambitious growth?

Get to know and grow your audience. Starting small allows you to go deep in conversation with customers, employees and other brand constituents, to understand them, to serve them well and to win their trust. You need a sufficient audience base to grow.

Think of how catalog retailers like L.L. Bean and Williams-Sonoma look at the geographical concentration of orders to site brick-and-mortar stores. Online retailers like Warby Parker often try a kiosk or other small retail experiment before opening a full store. They spend the time and effort to cultivate customers before investing to grow further.

Be honest about your brand’s current stage of development. Has your brand’s purpose emerged (beyond a product-dependent state)? Can you articulate it clearly? Have you aligned all aspects of the business with it and proven you can operate profitably?

Consult your brand team. They can help you assess your organization’s readiness for growth and best opportunities. Accept input from credible outsiders but don’t be pressured by their ideas of what your brand should do.

Ensure that you have the infrastructure and resources you need before expanding. Nothing undermines brand credibility and growth like poor execution due to lack of investment and preparation. Make sure you have your act together and can handle the financial requirements of your growth before your move forward.

Brand growth is more fun when you can sleep at night.

Where are you on your march toward brand success?

Well-Told Brand Stories Know Who the Hero Is
Brand Reviews – The Good, The Bad & The Ugly