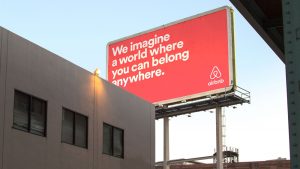 From the moment my eighth grade French teacher informed me that you could study abroad in college I knew I was going to France.

Six years later I spent the summer preceding my junior year at a program in Avignon and the fall semester in Paris. I traveled for the two months in between.

To say that trip bolstered my love for most things French would be an understatement. Since that inaugural trip I’ve been back seven times for vacation and to maintain some ability to speak French.

In 2013 I decided that my teenage kids were finally old enough to appreciate a trip to Paris and began planning our vacation for April 2014.

If you’ve ever been to Paris, you know the hotel rooms are usually smaller and more expensive than in the U.S. I could not imagine booking two hotel rooms for our family of four for the seven nights we were going to be there.

I had heard of people renting Parisians’ apartments instead of hotel rooms, so my husband Dan and I researched those opportunities. We settled on an apartment in Le Marais, a section of the fourth arrondissement in Paris, listed on VRBO.com (Vacation Rental by Owner).

The apartment had three different sleeping spaces, a small kitchen, a dining area and one and a half bathrooms.

The rental cost about $153 per night. Less than the rate for one hotel room, let alone two.

In advance of our trip, the owner, Gomez, sent a 21-page welcome guide that detailed everything from how to work the internet and washing machine to places of interest to restaurant recommendations. She even included a walking tour with photos.

When we arrived we relied on her recommendations extensively. “Miss Manon” became our go-to bakery. Her directions to the closest farm stand and to Monoprix helped us procure berries, milk and juice. We enjoyed our breakfast each morning in her sunlit glass-enclosed dining room.

Quickly the neighborhood became familiar, cherished terrain. By the third day, I felt like I had a pied-à-terre on rue Saint Paul.

What began as a cost-saving measure blossomed into a vacation-enriching experience.

I’d rent an apartment on my next trip just to get to know another neighborhood and have that feeling of belonging despite being away from home.

A Billion Dollar Business is Born to Pay the Rent

It’s this desire to belong away from home that Airbnb, another sharing-economy home-rental service, has seized as a core brand attribute. But it didn’t start out that way.

Like most brands, Airbnb was born to solve a problem.

Founders Brian Chesky and Joe Gebbia, Rhode Island School of Design graduates, were living in San Francisco in late 2007 trying to become entrepreneurs when their landlord suddenly raised their rent. They didn’t have the money to pay it.

They hatched the idea of putting air mattresses on their floor to offer lodging and breakfast to designers coming in for an Industrial Design conference as the city’s hotels were fully booked.

They quickly put up AirBedandBreakfast.com, charged $80 per person per night, and got three boarders to help pay their rent.

The idea of providing overflow lodging in homes during large conferences appealed to them. They took on a third partner, technical whiz Nathan Blecharczyk, and officially launched for the South by Southwest conference in early 2008 but gained only two bookings.

They retooled their website and tried again for the Democratic National Conference in August 2008. At this point they were seeking more funding, so along with securing 600 listings they also sold Obama O’s and Cap’n McCain cereals which they created for the convention.

The cereal sales totaled $30,000. But the home-rental business was dependent on large conventions, so it floundered.

People who had used their service were asking to use it for non-convention purposes. The founders visited hosts in New York City and then broadened their listings from shared spaces (the owners were home) for convention lodging to any type of home accommodation for any reason. They changed the name of the company to Airbnb.com.

That’s when the brand took off.

At that point Airbnb had an early brand adolescence. The homestay concept had proven successful and competitors appeared. Airbnb started thinking about how to differentiate the brand.

Rebranding Based on Insights

Douglas Atkin, Airbnb’s new global head of community at the time, commissioned interviews and focus groups with 485 members of Airbnb’s constituencies all over the world – guests, hosts and employees. His research yielded the insight that people yearned to belong wherever they went.

But Evelyn, you say, you got that belonging feeling from VRBO. How can Airbnb claim to own that?

Well, Airbnb was the first to lay claim to it. And it went all in on the belonging concept.

The company hosts conventions for their hosts and provides support to help them feel that they belong in the Airbnb community. It provides host forums so that hosts can communicate and help each other. It offers guidelines on how to help guests feel like they belong.

Now Airbnb is trying to take the belonging differentiation to the next level.

It’s newest service, called Trips, offers unique insider experiences such as learning and tasting the difference between sake and shochu liquors with a certified shochu sommelier in Tokyo. Or touring the farmer’s market and Ferry Building and learning to make perfect pasta with the owner of Baia Pasta restaurant in San Francisco.

Brand Evolution Can Be a Wild Ride

Consider the evolution of the Airbnb brand.

Airbnb started as an emergency solution to pay rent and evolved through stages from conference overflow lodging to vacation homestay lodging to a way to “belong anywhere.”

I’ve taken you on Airbnb’s brand journey to highlight that how a brand starts is rarely how it grows and thrives. On its journey the founder’s initial idea morphs in the minds of the brand’s constituencies. And in the service of building a viable business.

Maybe Airbnb’s journey seems like a wild ride to you, but brand evolution is hard to foresee and often takes unexpected turns.

The constant in the journey is the brand’s adherence to solving its constituents’ problem. Even when the problem the founder originally identified doesn’t pan out.

Overflow conference lodging alone could not support Airbnb, but homestay offered something that kept both hosts and guests coming back. Airbnb identified that something as the desire to belong.

If a brand is to succeed, brand owners and management have to understand what problem the brand solves for its constituents from the constituents’ point of view.

This often happens with brands in adolescence as they have evolved to a business-sustaining revenue point, but the brand officers don’t know why customers choose their brand over competitors. Successful brands understand what problem they solve for their constituents and can articulate their differentiation.

Has your brand journey arrived there yet?

Subscribe
For Better Marketing, Channel Your Inner Three-Year-Old
Why Comcast Makes Us Crazy