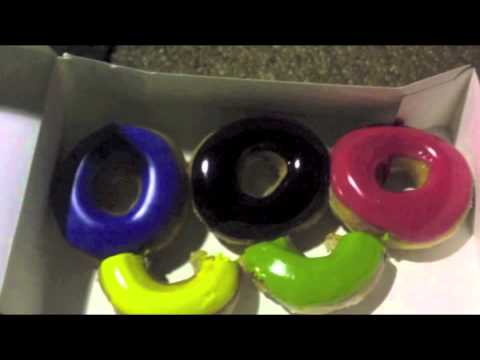 In the summer of 1991, when the unemployment rate in Boston hit 8.4 percent, I had the unfortunate need to find a job.

I was transitioning from a full-time MBA student at Boston College to part-time. I was temping during the day to pay the bills. Two nights each week I attended a three-hour summer class.

I read the want ads religiously. Veryfine Products ran an ad for a marketing research analyst in Brandweek, a marketing trade magazine, and I enthusiastically applied.

This was my second job hunt in the Boston area and I knew the competition among recent graduates was intense. In addition to reading ads, I tapped the Boston College Alumni database, searching for alums at all of the companies on my desired work place list.

One alumna I contacted was working at Ocean Spray. When we met for lunch, I learned that she had joined Ocean Spray by leaving the post now advertised at Veryfine. We hit it off and she offered to pass my résumé along to her former boss.

Two weeks later, I got a rejection letter from Veryfine’s Director of Personnel. I was crushed.

How you deal with rejection can make a big difference in your life. And your business.

No one knows this better than Jia Jiang. He spoke about his experience at the GrowCo conference I attended in New Orleans last month.

When a prominent investor rejected Jia’s request to fund his mobile app start-up, it sent him into a tailspin.

Realizing that his reaction to rejection had crippled him at multiple junctures in his life, he set out to conquer it by exposing himself to rejection, over and over, for 100 days.

Jia Jiang, author of Rejection Proof, with me at the GrowCo conference

By concocting creative asks unlikely to get a positive response.

On day one, with sweaty palms, he asked the security guard in his office building if he could borrow $100. The guard refused to lend him the money and asked him why, but he just took the ‘no’ and bolted.

On day two he requested a “burger refill” at Five Guys Burgers and Fries. Though the crew member denied his request, Jia stayed long enough to ask why and to chuckle with him about it.

Day three took an unexpected twist. Jia drove to Krispy Kreme after work and made a special request: a donut formation that resembled the Olympic rings.

He was tired from the work day, expecting to get a quick no and then head home. Instead, shift manager Jackie Braun mulled his challenge and delivered in less than fifteen minutes.

Jia went on to score a mix of rejections and acceptances during his remaining 97 attempts and wrote about them in his book Rejection Proof: How I Beat Fear and Became Invincible Through 100 Days of Rejection. Along the way he got Jeff Probst (host of Survivor) to sing to his son and to fly a gyroplane. Just because he mustered the courage to ask.

Use Rejection to Gather Marketing Insights

We’re not born with fear of rejection. We acquire it based on the social constructs we are taught and from our experiences growing up.

To overcome your fear of rejection and increase your rate of success, channel your inner three-year-old:

The day after I received the rejection letter from Veryfine’s Director of Personnel, that same Director called me to schedule an interview.

I could have been angry about the twenty-four hours of unnecessary dismay I had experienced, or about the appearance that I was being jerked around.

Instead I just scheduled the interview.

I later learned that the hiring manager asked to see me based on the résumé that my Ocean Spray contact had passed along. The rejection letter must have come from my response to the Brandweek ad.

My non-reactive approach paid off. I got the job!

Do you have a story of how you overcame a rejection recently? Are you inspired to embark upon a succession of crazy asks to immunize yourself from rejection? Please tell me in the comments below.

Subscribe
Why Your Brand Needs a Niche
Airbnb's Wild Ride