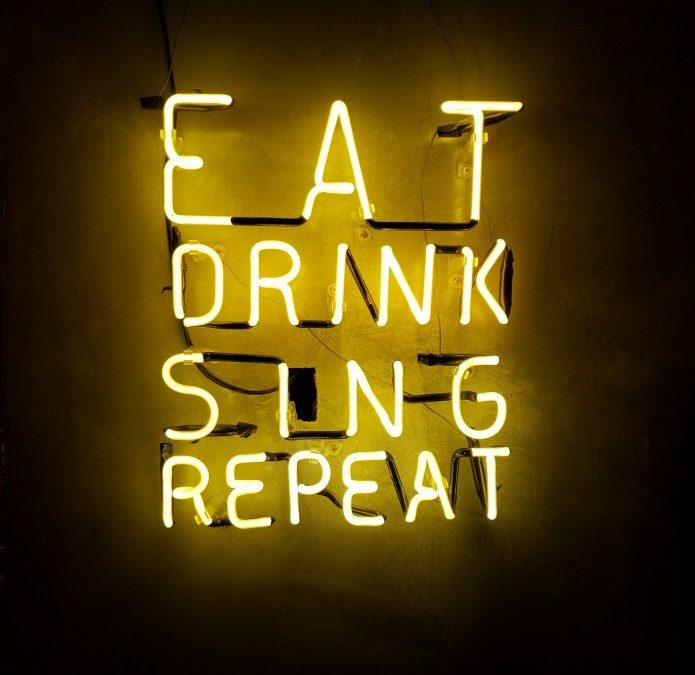 I’ve been racking up miles lately.

Power walks were the least frequent choice of my go-to exercise triumvirate – hot yoga, elliptical trainer rides and power walks – until mid-March. Now they are now the most frequent.

I walk fast and greet everyone I encounter. In addition to cardiovascular exercise, power walks provide time out of the house and social interaction, benefits I crave that I used to get from other activities.

I am also taking social walks and leisure walks for more of those benefits.

Miles pass quickly when I am conversing with my son, daughter or husband. Chance encounters and distanced conversations with neighbors bring joy and a sense of community.

My greater walk frequency has been going on for months now. I’ve begun to wonder if it will continue once other out-of-the-house activities and social opportunities re-emerge.

The Million Dollar Question – Which New Habits Will Stay?

It’s the question on the mind of every business owner. Which new practices will stay and which will revert to pre-pandemic mode?

During a Zoom drink and dessert visit two weeks ago, a friend of mine predicted things would go back to the way they were.

Because we’ve been in this situation long enough for habits to form. Because the extreme nature of our situation will have a lasting impact on some people’s mindsets. And because some of the solutions that have emerged have proven superior.

To answer the million-dollar question, it helps to understand the components of a habit, the role habits play in our lives and what makes us likely to change them.

Habits are humans’ default mode. In his book The Power of Habit, Charles Duhigg explains:

“Left to its own devices, the brain will try to make almost any routine into a habit, because habits allow our minds to ramp down more often.”

Habits relieve our brains from having to think about walking and food choices and hundreds of other activities we do every day.

(2) a routine which enacts a process, like making a sandwich; and

(3) a reward, like feeling sated and having enjoyed favorite flavors.

If the brain likes the reward, it will remember the cue-routine-reward combination. Repeated enough times, it becomes a habit loop.

How long do you need to work your habit loop for the mental muscle memory to take hold?

A research team at the University College London published a study in 2009 showing that the time it takes people to form a habit ranges from 18 to 254 days, with the median at 66 days.

Once ingrained, habits exhibit inertia. They keep going unless an outside force acts on them.

Crises are a powerful outside force. Duhigg shows in The Power of Habit that crises prompt people to be more open to changing habits than usual.

To change a habit, you need to identify the cue and rethink the routine you use to get to your desired reward.

We Have Invested the Time and Effort to Develop New Habits

Many of our routines have been upended. We’ve had to reconfigure ways to do many basic functions like food shop, educate our children, see friends and family and get our cars serviced.

This reconfiguration has appropriated energy our brains were using for work, creativity and other endeavors. But our work and other obligations may not have waned, and we have needed new routines for those as well.

All this new routine forming has exhausted us.

I know I am tired.

Research has shown that people are sleeping longer, later and better than before stay-at-home orders were issued.

Some people think this is because many employees no longer have to commute.

I think some of the additional sleep may be due to the effort required to design multiple new routines.

But the good news is that some of these reconfigured routines are now becoming habits.

Most U.S. states and many countries went into some form of lockdown between mid-March and early April. Most will reopen in phases leading the majority of their citizens to cross the 66-day mark with their newly formed habits.

School closures, safety concerns and lack of child care may preclude people from returning to their old routines substantially longer than that.

When it comes time to choose between old and new habits, the new ones have a shot at adoption because the work of establishing them will be done.

The shock of having to pivot so quickly in March may have made us feel that we were jerry-rigging routines that would be a second-class substitute for our usual ones.

Time has shown that some new routines now morphing into habits outshine our past practices or offer new rewards we would like to continue reaping.

Here are four habits likely to persist that may benefit your brand.

Remote work. In the space of three weeks, the number of employed Americans working remotely jumped from 31 percent to 62 percent according to a recent Gallup poll. Of those working remotely, 53 percent would like to continue to work from home as much as possible after public health restrictions are lifted.

Remote work isn’t just good for employees who prefer it. Brands benefit too.

Gallop research shows that employees who have some remote work options have the highest level of engagement.

The cost savings have attracted CFOs’ attention. A recent Gartner poll of 317 CFOs shows 74 percent of them plan to shift at least 5 percent of their work force to remote work permanently.

Direct-to-consumer delivery options. Farmers are adapting to online ordering and home delivery, often capturing close-to-retail prices and registering revenue in a season when there usually isn’t any.

True Respite Brewing Company developed Biermi.com (“Beer Me”), an online platform to allow online orders of its craft beers for pick up and is delivering all around its Rockville, Maryland location. They’ve extended use of the app to any craft beverage maker, processing over $1 million in transactions for over 100 breweries, wineries and distilleries in more than two dozen states.

Do-it-yourself, at-home offerings.  Yoga studios and fitness clubs are conducting online classes. My yoga studio, HYP Studio, has already announced it will keep both online classes and a class recording library as part of its future offerings.

Other Areas to Mine for Growth-Enhancing New Habits

In addition to applying the relevant new habits above to your brand, consider new habit potential that may be specific to your brand.

Has the stay-at-home pivot exposed any glitches or gaps in your operations? Fix them.

Have any functional silos or unnecessary process steps become evident? Address them.

Have employees taken on greater responsibility and shown less need for management? Empower them.

Has your organization instituted new communication channels, methods of delivery or offerings that have worked well? Implement them.

In The Power of Habit Duhigg observes that “Good leaders seize crises to remake organizational habits.”

You have a unique moment now to enact changes that would otherwise encounter greater resistance and that can result in a quantum leap for your brand’s performance.

Take advantage of this moment!

It’s hard to say if I will continue my walks as often once we are no longer under stay-at-home orders. But I think I’ll be walking more often than I did before. I have a new appreciation for more frequent fresh air and serendipitous conversations with neighbors.