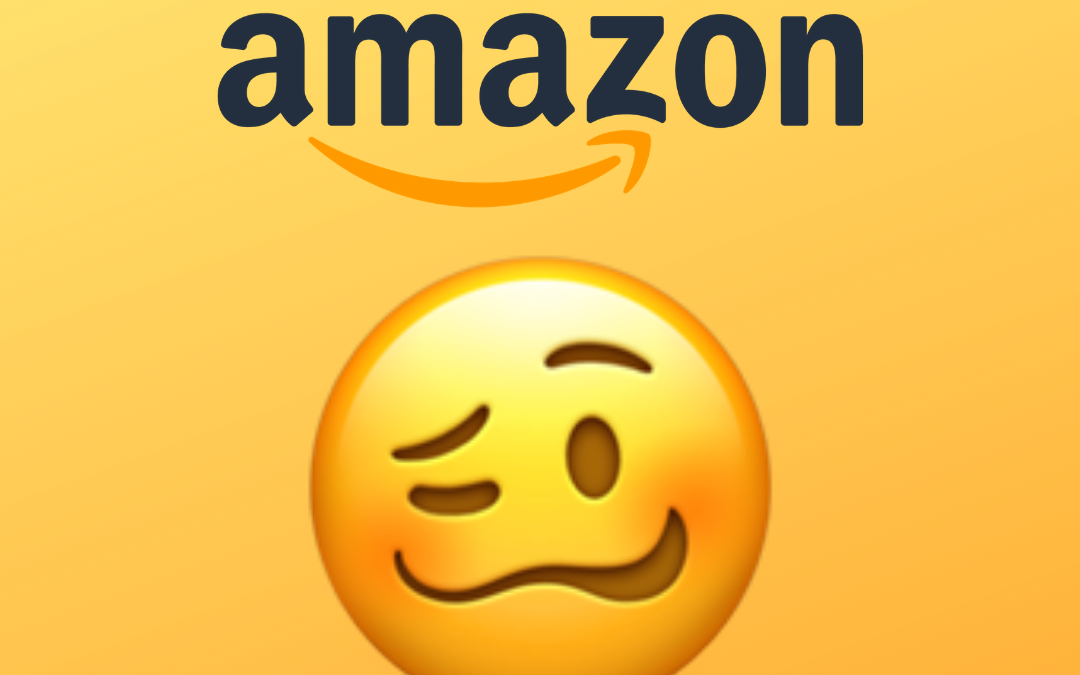 On March 30, like thousands of people, I turned to Amazon.com to buy toilet paper.

Our household was not desperate, but after weeks of empty store shelves I was looking to secure a future supply.

Amazon was empty too, except for two offerings from a brand I’d never seen before, Hompaper. The ratings were mixed. Delivery was projected to be April 23-May 17. I ordered anyway. Something seemed better than nothing.

Hompaper did not send the usual acknowledgment. A week later Amazon sent an email notice that the order had shipped, but the arrival window had slid to April 29-May 23.

That made me uneasy. I checked the link and saw that the company name had changed from Hompaper to BEFUNNYY.

Funny, but not funny.

Alarm bells went off in my head. This seemed like a ruse.

I called Amazon customer service. The rep was great. She assured me they would launch an investigation and that she would issue a refund if it turned out to be a bad supplier.

Within a few hours an email confirming my refund arrived.

I felt good about ordering from Amazon – and I had been ordering a lot.

What I did not know was that the day I was ordering toilet paper, Christian Smalls, a process assistant at Amazon’s Staten Island, New York, facility was leading a walkout to protest the company’s decision to keep the warehouse open despite several employees testing positive for COVID-19.

The Staten Island protest was designed to get Amazon to close the facility, known as JFK8, for sanitation and to compensate workers while it was closed as several had become ill.

On the same day, The Verge reported that 19 Amazon warehouses had workers who tested positive for COVID-19. Amazon has only closed facilities when forced to by employee protest (Queens, New York) or government mandate (Shepherdsville, Kentucky).

Christian Smalls was fired the day he led the protest. The dismissal drew media attention. Amazon said they fired him for “violating social distancing guidelines and putting the safety of others at risk.”

On April 2, a leaked memo indicated that Amazon’s brass had discussed a plan to smear Mr. Smalls in an effort to undermine the employee organization movement.

A 60 Minutes segment suggested that Amazon continued to apply COVID-19 protections unevenly among their warehouses, that hundreds had contracted the disease and that workers remained fearful.

As spring wore on questions about whether Amazon was firing whistleblowers arose.

Tim Bray, a vice president of Amazon Web Services, resigned and detailed his feelings in a blog post on May 4. “I quit in dismay at Amazon firing whistleblowers who were making noise about warehouse employees frightened of Covid-19,” he wrote.

Nine U.S. senators issued an open letter to Jeff Bezos asking for information about Mr. Smalls and three other fired Amazon employees who had raised concerns.

They will spend $4 billion during the first half of the year on COVID-related initiatives that include employee health and safety but also business growth investments like developing home test kits, optimizing their supply chain and building their own ability to test for the virus.

A History of Amazon Worker Complaints

The unrest prompted by the pandemic is not the first time Amazon has experienced worker complaints and protests.

In June 2011, temperatures registering a heat index of 102 prompted Lehigh Valley Amazon warehouse workers to complain to regulators about their conditions. An emergency room doctor at a nearby hospital who treated six workers for heat exhaustion reported an unsafe environment at the facility to the Occupational Safety and Health Administration (OSHA).

Of the 20 Lehigh Valley Amazon workers interviewed by The Morning Call newspaper, only one liked their job. They described intense work conditions requiring a superhuman pace, mandatory overtime and demerits for slowness or unproductive minutes.

One worker on the warehouse receiving line who unloaded inventory from boxes, scanned bar codes and loaded products into totes for storage recalled how one day his hourly quota was raised from 250 to 500.

Workers in Amazon’s Eastvale, California facility sustained injuries at more than double the national average for the warehousing industry and were docked personal time for leaving the warehouse while a gas leak was making them ill there.

Some Amazon warehouse workers in the UK, charged with processing 300 packages an hour, have resorted to peeing in bottles to avoid being disciplined for “idle time” taken to use the loo.

The pressure is worse during the holiday season. Protests against the exploitative practices erupted across the U.S. and Europe on November 29, 2019, also known as Black Friday.

“Customer obsession” is first and Amazon is famous for it.

As you proceed down the list, the principles “invent and simplify,” “are right, a lot” (Amazon’s wording), and “learn and be curious” suggest an openness to different ideas.

“Hire and develop the best,” “insist on high standards,” and “have backbone; disagree and commit” set the expectation that leaders will speak out if they see less-than-optimal performance.

The principles make it clear that the company has a type they recruit. Understanding that type, it is no surprise that Amazon employees protest if they feel the need to be heard.

You are bound to have a clash when you hire for curious, autonomous and outspoken leaders and then constrain them by Taylorist mechanization of their roles.

Taylorism refers to the work of Frederick Taylor who developed an efficient factory management system by breaking each step of the manufacturing process into repetitive tasks.

Amazon is shifting to the use of robots for many repetitive tasks, but there are still hundreds of thousands of employees expected to perform repetitive tasks and hit high quotas for long hours.

There is no leadership principle concerning employee well-being and safety.

While the company’s employee ranks have grown quickly, their culture evolves slowly by design.

Amazon’s senior leadership is referred to as the “S Team.” “S Team” membership is a tenured position. Members rarely leave. That means the leadership rarely changes.

Until the end of 2019, the team included 17 members with only one woman and one person of color. The team now has 22 members, three of which are women and three who are people of color.

I don’t expect the culture to change any time soon.

Given what I’ve learned in the past few weeks, I’ve felt conflicted about buying from Amazon.

I still admire the service they provide. No other place carries as many products and delivers them as fast as they can.

Their service has been a boon to many elderly and disabled people whose ability to shop in retail stores is limited. During the pandemic, they have helped many of us stock our households, especially those at greatest risk from the coronavirus.

They employ many people, supporting many livelihoods.

The treatment of their employees though has made me wonder if my purchases are a vote for their culture. It bothers me.

It bothers me even more how hard it is to imagine not using Amazon at all.

I’ve not sworn off the service, but I’ve begun purchasing directly from small businesses whenever possible.

Bookshop.org, which funnels 30 percent of the purchase price to the independent bookstore you designate, is my go-to for books. I’m ordering tea from Two Leaves and a Bud, writing journals from Peter Pauper Press and granola from BOLA granola. (I am not paid anything for recommending these brands. I just like them.)

What about you? How do you feel about ordering from Amazon?