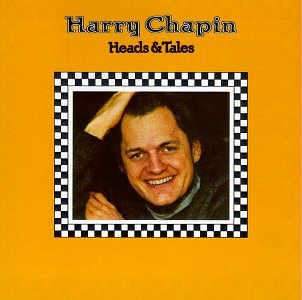 I missed seeing Harry Chapin in concert by three days.

If you don’t know Harry Chapin by name, you would probably recognize one of his songs, particularly Cat’s in the Cradle or Taxi.

I was at a summer program in East Brunswick, New Jersey with 21 other teenagers in July 1981.  We had tickets to see Harry perform on Thursday July 19th.  He died in a car crash on the Long Island Expressway on Monday July 16th en route to a benefit concert at Eisenhower Park’s Lakeside Theatre.  He was 38 years old.

We got the news at dinner time that day.  It was upsetting for us to say the least.  And we were not alone.

TV news anchors in New York and Chicago struggled to avoid breaking down on camera as they reported his death.  Many of the 30,000 people scheduled to see him in concert that night still went to the Lakeside Theatre to talk about him and to cry together.  Some brought guitars and sang his songs.  In the days that followed, ten senators and thirty congressmen eulogized him on the House floor.

Harry Chapin was far from the only entertainer to die young.  Why did his passing prompt such a public outpouring of grief?

Because people liked him and felt connected to him.

How did he establish such a wide connection?  Through the stories he told.

While music was an early love for Harry, singing was not his first professional career.  He started off as a documentary filmmaker.  His documentary on boxing, Legendary Champions, won the New York and Atlanta film festivals’ gold prizes for best documentary and garnered an Oscar nomination for best feature documentary.

A lull in film-making work drew him back to music, and he took the narrative skills he had developed as a documentarian with him.

The songs Harry wrote and sang portrayed people that his audience could relate to – a waitress and a night watchman, a dry cleaner who liked to sing, a taxi driver, a busy father.   His characters hailed from small towns as well as big cities – Dayton, Boise, Scranton, San Francisco.  His storytelling revealed an astute understanding of human nature and evoked a wide range of emotions.

Harry liked his characters, many of whom were based on real people.  Their faults and imperfections endeared them, and Harry, to us as well.

Once successful, Harry channeled his success to help others.  He co-founded Why Hunger (formerly World Hunger Year), worked tirelessly to combat world hunger and supported dozens of other organizations.  Half of the 200 hundred concerts he gave each year were designated benefits.  He raised over $6 million for charity.

Harry’s philanthropy endeared him to us even more, but it was his stories that connected us to him.  Bill Gates has donated exponentially more money but he rarely evokes the kind of affection that Harry Chapin’s memory does.

Stories are the way to people’s hearts and minds.  They connect us to people, places and things in memorable way.

This is why telling your brand story is important.

To take a page from Harry Chapin and tell your brand story well:

Your brand story is a powerful tool to help your audience come to know, like and trust your brand.  It’s the trust that closes the sale and generates repeat business more than anything else.

Channel your inner Harry Chapin and watch how your audience remembers your brand story and comes back for more.