Will Zagat Fly or Fade? 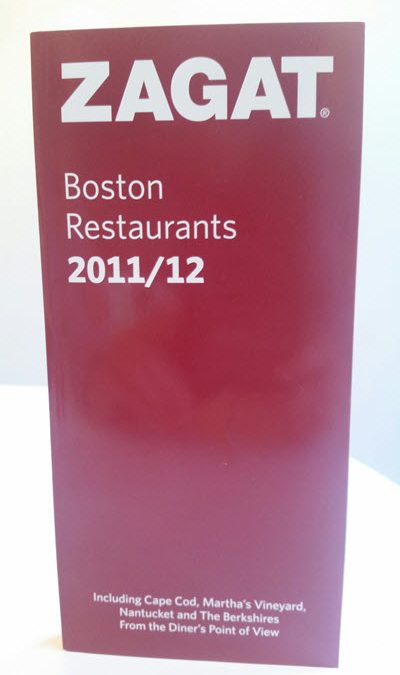 Before I started writing monthly newsletters four years ago, I wrote restaurant reviews.  Just one or two a year for Zagat’s Boston Restaurant Guide.  One contributed review was enough to score me a free copy of the next guide release and seemed well worth the effort.

When Zagat first launched its guide in the early 1980s it was unique. It provided succinct reviews and ratings from patrons instead of critics.  This was revolutionary in the 1980s.

Like many new products, the Zagat guide emerged from the recognition of an unmet market need.

Not long after they began publishing their one-pager they received a call from a friend who worked at Citibank.  The one-pager had landed on his desk with a note at the top that read “To all the officers of the bank.”  There were 3000 officers at the bank.

That’s when the Zagats decided to commercialize the guide. Publishers resisted their advances in 1982 because they thought the pocket-sized guide – designed to be mobile – would get lost on bookstore shelves.  They also resisted the idea that anyone wanted reviews from ordinary people.

The Zagats ended up self-publishing what became referred to as the “Burgundy Bible” among New York restaurant goers.  Once the guide took off in New York City in 1985, they expanded to other cities, and began reviewing hotels, specialty retailers and other services as well.

In sourcing reviews from ordinary people, the Zagats were pioneers of user-generated content.  They had the market to themselves for the latter half of the 1980s and most of the 1990s.

Then came the internet.

The couple embraced the internet, collecting survey results online and licensing their content to early web services Prodigy and CompuServe.  In 1999 they launched a full-featured website, and two years later they began charging users to access reviews and ratings.

The decision to charge users for content was defensive – free online content might cannibalize book sales.  But the paywall Zagat erected hurt them in two major ways.

First, Google was ascending as a search engine of choice and penalized content behind paywalls in its listings.  So Zagat was not showing up high on search results.  Second, the void at the top of the search results created an environment where free review content like Yelp, TripAdvisor, and Chowhound could flourish.

And this is when Zagat hit its brand adolescence.

I think the Zagats sensed this.  Their son Ted, who assumed the company presidency in 1999, left in 2007.  In 2008, with $40 million in revenue ($30 million from its paper guides), the couple tried and failed to sell the company.  This left them with a much more competitive environment and antsy investors.

Ultimately Google bought Zagat in 2011 for $151 million (after a failed $500 million bid for Yelp in 2009).  Marissa Mayer, then Vice President of Local, Maps and Location Services at Google, planned to make Zagat the centerpiece of Google’s local search.

Within a year, however, Google saw major management changes and Marissa Mayer left to head Yahoo.  Zagat lost their internal brand champion.  In 2013 Zagat removed the paywall from its website and its mobile apps, but by then it had been overtaken by Yelp in traffic and in technical prowess.

Where is Zagat now?  Still in brand adolescence and languishing.

Tim and Nina Zagat are still at the helm, at ages 75 and 73 respectively.

Zagat is down to publishing only one hard copy guide – New York City.  The rest of the content, for 35 U.S. market areas and 10 international cities, is accessible for free via their website and their poorly-rated mobile apps.

In my view, the Zagat brand is fading.

To regain their brand footing, they need to do what any adolescent needs to do:  focus.  Like the high school athlete who stops playing a sport in every season and focuses on the one where she performs best, Zagat needs to assess its brand strengths and put some muscle behind them.

Without some quick intervention, the Zagat brand will stagnate and may not survive its adolescence.

My New York area readers, you can still contribute a review and get a free copy of the guide.

As for me, I’ll stick to writing newsletters.