What Barbara Walters Can Teach You About Marketing 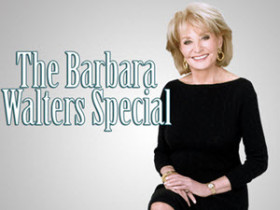 To say that I was a curious child is an understatement.  I asked questions relentlessly. I was always trying to figure out how things worked and to understand why people did what they did.  My parents patiently answered my questions, probably hoping I would outgrow the phase.

When I landed in the field of marketing research, my mother was not surprised.  Now I got to ask questions for a living.  I’ve conducted hundreds of interviews and scores of focus groups.

But I have nothing on Barbara Walters.

Unless you were on a secluded island without WiFi last month, you probably heard that Barbara Walters retired.  The View, the morning talk show she created, gave her a two-week-long send-off.  Newspapers from The New York Times to the Los Angeles Times commented on her career.  And Saturday Night Live honored her with a brief retrospective of her impersonators and a visit from Barbara herself.

Barbara Walters is the personification of the celebrity interview, a genre that she popularized and that changed the face of TV news.

Like me, Barbara’s ultimate focus originated in her childhood.  Her father Lou ran a chain of night clubs and befriended many celebrities.  Growing up around celebrities made Barbara comfortable around them.

Barbara landed a job as a writer and researcher on NBC’s The Today Show in 1961 after several years of doing similar work for an NBC affiliate and for The Morning Show on CBS.  Just a few months into her new job, she lobbied for an assignment to travel with First Lady Jacqueline Kennedy to India and Pakistan.  That assignment led to more.

By 1964 she was a regular on the show and became known as the “Today Girl.”  She was finally recognized as a co-host ten years later, but was still asked to refrain from questioning the show’s ‘serious’ guests until her male co-host had questioned them first.

Barbara stayed focused though and continued developing her interviewing technique.  Her patience was rewarded.  In 1976 ABC offered her a $1 million salary and a five-year contract to co-anchor their evening news with Harry Reasoner.

Barbara was pleased.  Harry was not.  He could barely conceal his contempt for her on camera.

The dysfunctional partnership led Barbara to leave within two years.  But she continued to focus on interviewing, relentlessly trying to land the first interview and the “big gets.”  She often succeeded.  Heads of state, entertainers, and others thrust into the limelight consistently agreed to speak to her.

Barbara’s work ethic never wavered.  Many attacked her for being soft on interviewees.  But that’s all they had to lob at her.  She GOT the interviews, and sometimes she was the only one to get them.

People watched her interviews because she asked questions that they wanted to hear.

Let’s face it.  Barbara Walters is a master marketer.

Here’s what we can learn from her:

Even at age 84, Barbara Walters’ brand is strong, clear and memorable.  Which is why her retirement lasted only three weeks.  Peter Rodger, father of UC Santa Barbara shooting suspect Elliot Rodger, requested that she be the one to interview him.  Look for her back in the interviewer’s chair in the next few weeks.

Now for a bit of Friday Fun.  Barbara Walters is credited with conducting the most watched interview of all time.  Do you know who she was interviewing?  Post your guess in the comments!