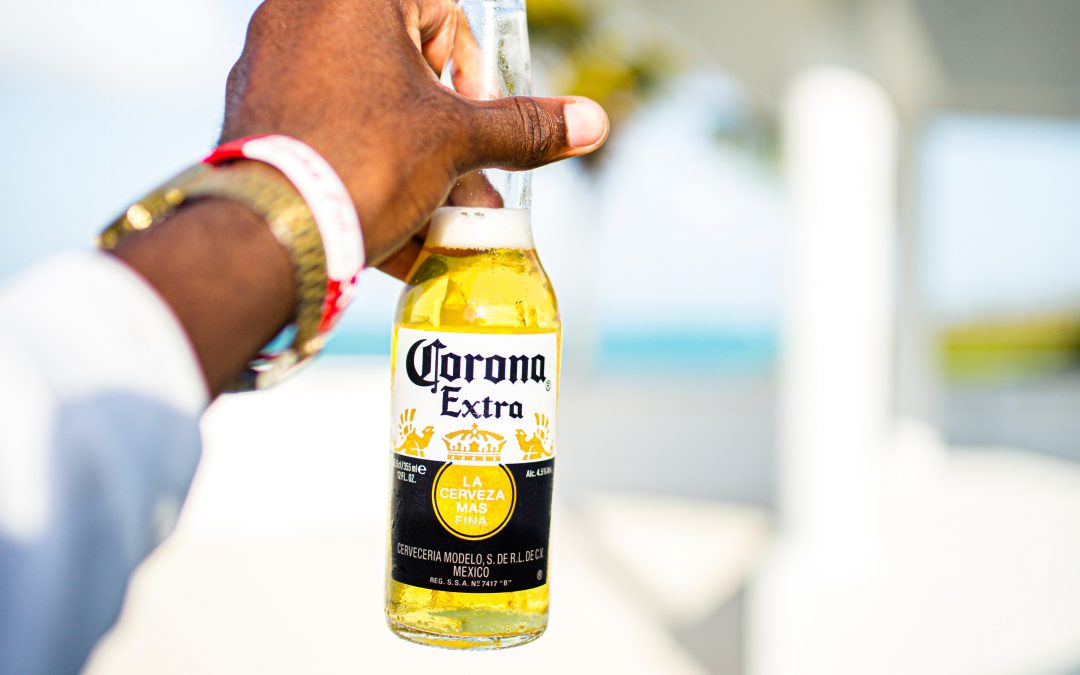 When I was 8 years old, I had a eureka! moment. I realized that if I bought three pieces of Bazooka bubble gum at two cents each and sold them for four cents each, I would double my money. Then I could repeat the process and double it again!

My father told me that was called capitalism.

So began my first entrepreneurial venture, selling candy on the sidewalk in front of my house in Northern New Jersey.

Bazooka bubble gum was good but hard. Literally. It took several minutes of chewing to get it to bubble-making form.

When Bubble Yum bubble gum came out in 1976, it was the first soft bubble gum. Sold in packs of five pieces for 20 cents (my cost), it took over the market quickly.

Spider eggs were what made Bubble Yum so soft.

Nobody would touch the stuff then. Bubble Yum sales in the New York area plummeted.

I’ve been reminded of my early candy sales experience in the past few weeks with all the hoopla about Corona Beer’s misfortune relative to the coronavirus.

Which is bunk. And bunk is the calmest word I have for this because I am indignant on their behalf.

Let’s unpack what befell Corona Beer to see the truth.

According to Merriam-Webster, the word “corona” comes from the Latin corōna which means “garland worn on the head as a mark of honor or emblem of majesty, halo around a celestial body, top part of an entablature.” One of corona’s modern meanings is “something suggesting a crown”.

Launched in 1925 in Mexico, Corona Beer is named for the sun’s corona.

Coronavirus gets its name from the spikey projections of sugary proteins that protrude from the outer surface of the disease particle and resemble a crown.

As you can see, the name is the only thing they have in common.

But New York firm 5W Public Relations (5WPR) could not resist the temptation to exploit the common name. They conducted a phone survey among 737 beer drinkers in the U.S. February 25 and 26, 2020 “regarding their opinions about the popular Mexican beer brand, Corona, as a result of the deadly coronavirus that’s spreading around the world.”

The media pounced and fell for 5WPR’s bait. On February 28, CNN issued a tweet with the headline: “38% of Americans won’t buy Corona Beer ‘under any circumstances’ because of coronavirus, according to a recent survey.”

38% of Americans wouldn’t buy Corona beer “under any circumstances” because of the coronavirus, according to a recent survey.

Just to be abundantly clear: There is no link between the virus and the beer. https://t.co/D8fL89Oe0E

CNN omitted the qualifier “beer drinkers” and drew a link between the beer and the virus though none existed.

Major media outlets including Time, Esquire and local tv stations picked up the headline. People on Twitter had a field day taking the 38 percent CNN headline at face value and railing on the stupidity of those people.

Not Everyone Takes the Bait

With 30 years of marketing research experience, my reaction to the 38% headline was not “Really?!” but “let me see that survey.”

I was not the only one suspicious. Kudos to journalist Yascha Mounk who badgered 5WPR for the questions and results of the full survey. He got the former but not the latter, and exposed 5WPR’s manufactured connection and the media’s lack of diligence in The Atlantic.

The headline was also flagged on Facebook in their efforts to combat false news. The Poynter Institute, working as a third-party fact checker for Facebook, rated the headline false and called the poll “untrustworthy.” The latter ruling came through 5WPR’s leading questions and their refusal to release all of the survey results.

The Poynter Institute published the survey questions. Here they are:

Are you a Corona drinker?

Is Corona related to the coronavirus?

In light of the coronavirus, do you plan to stop drinking Corona?

Would you buy Corona in a store?

Would you order Corona in a restaurant/bar/public venue?

Would you buy Corona under any circumstances now?

Asking upfront if Corona Beer is related to the coronavirus sets up a misleading premise that could color the rest of the responses. The question “In light of the coronavirus, do you plan to stop drinking Corona?” is a leading question also suggesting a connection where none exists.

Notably, 5WPR did not share the results of the leading questions, but hyped a headline that wasn’t really newsworthy. The 38 percent of American beer drinkers that wouldn’t buy Corona under any circumstance could represent people who never drink Corona. You had to read the text a while to find out that among those who do drink Corona only 4 percent said they would stop drinking it.

But it is unlikely these voices of reason reached the majority of people who heard the falsehoods.

If you were the CEO of Constellation Brands, owner of Corona Beer, what would you do?

Constellation Brands wasted no time responding, issuing a press release of their own on February 28, the same day as the CNN tweet.

The response was just three paragraphs and led with facts from Information Resources Inc., a reputable third-party market research organization that measures product sales. Constellation Brands reported that sales of Corona Extra were up 5 percent in the 4 weeks ending February 16 and sales of the entire Corona brand family were outpacing their 52-week trend in both the most recent 4-week and 12-week periods.

After reporting the objective data, Bill Newlands, President and CEO of Constellation Brands, expressed compassion for those affected by coronavirus and stated, “It’s extremely unfortunate that recent misinformation about the impact of this virus on our business has been circulating in traditional and social media without further investigation or validation.”

He continued to say that the misinformation did not reflect their business performance nor consumer sentiment which have seen no impact from the virus.

Constellation Brands’ response was an A+ in my mind. It demonstrated all the components of an appropriate response to a rumor.

The response was swift. The speed of it enabled media outlets to incorporate the company’s response into their reporting in a timely manner if they chose to and perhaps prevented those who had not yet reported from spreading the falsehoods further.

The response was brief. The brevity helped readers focus on the data correcting the misinformation.

The response led with facts. Leading with reputable third-party data helped cut the oxygen to the rumors by offering objective evidence to counter them.

The response was compassionate. By expressing compassion for those affected, the CEO acknowledged the emotion surrounding the devastation of the coronavirus. Once acknowledged he could calmly state they have seen no impact to their operations and business performance without seeming callous.

The response did not dignify the culprit of the rumor. It never mentioned the source of the misinformation.

I hope you never have to deal with a rumor about your brand, but if you do, follow Constellation Brands’ crisis management example.

Their calm, swift and direct response in addition to the data lead me to believe the Corona brand will remain unscathed by the coronavirus.

How Did Bubble Yum Fare?

The internet provided the means for Corona Beer’s parent company Constellation Brands to learn immediately about the misinformation pointed at their brand and to respond the same day.

In 1977 when the Bubble Yum rumors emerged the internet did not exist. It took longer for the rumors to reach Life Savers Inc., the parent brand of Bubble Yum.

When Life Savers President William Morris first heard the spider egg rumor from a few letters from children, he dismissed it. When reporters and retailers began to inquire about it, he decided to investigate.

Within 10 days of first hearing of the rumor, research showed that half of the children in the New York area had heard it. Word-of-mouth travels fast and loves a rumor. Sales began to fall.

Morris directed the company to take out full-page ads in newspapers across the country that began with the headline “Somebody Is Telling Very Bad Lies About a Very Good Product.” Life Savers spent over $100,000 on the campaign to counter the rumors.

The campaign worked. The Bubble Yum brand is still going strong today and is now owned by Hershey.

I don’t recall hearing about the ads. But I did switch to Bubblicious for my candy sales.

Do you remember hearing the Bubble Yum spider egg rumors? Has your brand or company had to deal with rumors or misinformation?

Brand Reviews – The Good, The Bad & The Ugly
5 Books to Up Your Marketing Game