Who Should Tell Your Brand Story? 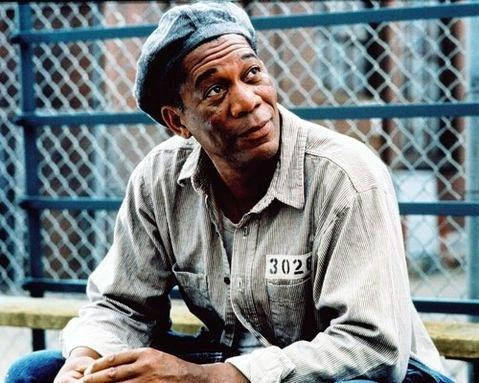 Are you a fan of the movie The Shawshank Redemption?

Something about that movie makes it easy to watch over and over again, in snippets on television and occasionally all the way through.

It’s a story about hope and freedom. The acting is superb. Morgan Freeman’s narration as “Red” is aural gold.

That Red tells the story is significant. Because he is struggling with hope and freedom, his insights and thoughts about them are credible. His candor endears him to us. It enables us to trust that he is telling us the truth.

A Story’s Credibility Begins with Its Teller

One of Dale Carnegie’s principles for public speaking is to choose a topic that you have earned the right to speak about through experience or study.  This gives the speaker not only confidence, but credibility.

This principle applies to brand storytelling too, with a twist.

Not only does the teller need credibility via experience, but the credibility rises or falls based on the teller’s perceived motivation for the story.

If the audience believes the teller is sharing the story for their own gain, their credibility suffers and the story’s impact diminishes. Think of a car salesman offering you that barely used vehicle driven back and forth to church on Sundays by a little old lady. (I probably had you at car salesman.)

Budweiser strengthened their credibility during the Super Bowl this year with their 60-second commercial entitled “Stand By You.”

The ad showed Kevin Fahrenkrog, General Manager of the Cartersville Brewery, receiving a predawn phone call, kissing his wife on the forehead and heading to the plant to oversee the switching of the production line from beer to water. When he arrived, many employees were there to help. Later in the ad employees delivered truckloads of the canned water to communities in need.

At home over dinner that night Kevin and his wife see a news report of Budweiser’s delivery and share a small smile. Credits roll like a movie listing Puerto Rico, Texas, Florida and other recent recipients of Budweiser’s disaster relief efforts.

This is a true story, portrayed by real people. By telling the story from Kevin’s point of view, Budweiser communicates their disaster relief contribution via the efforts of their employees.

As a non-beer drinker, the only Budweiser narrative I had prior to this ad was “Oh, that’s what college kids buy because it’s cheap.” Now I have a much warmer and more positive image of the Budweiser brand.

But I’m not in the target audience for this ad. Who is?

Meanwhile back at the Super Bowl airing, Ram trucks’ ran a 60-second ad as well.

Their commercial began by posting the words Dr. Martin Luther King, Jr., February 4, 1968, Spoken 50 years ago today. Then Dr. King’s sermon began as the voiceover, talking about how those who are the greatest become great by serving.

Twenty-five seconds into the ad the first Ram truck rolled by.

As Dr. King continued to extoll the virtues of service, scenes of first responders, disaster relief and rescue efforts appeared along with a few more Ram truck cameos.

The ad ended with the Ram logo and their tagline “Built to serve.”

My jaw dropped. I could not believe that Ram would appropriate a civil rights leader’s sermon to sell trucks.

Online backlash came fast. At the end of a football season when N.F.L. players were criticized for kneeling to protest racial oppression and police brutality, this was especially offensive. Ironically, as those familiar with the speech noted, Dr. King advised people not to spend too much on cars later in that same sermon.

Ram was one of the few advertisers not to release their ad early on YouTube, which might have saved them from embarrassing themselves in front of 100 million people.

Instead of Dr. King’s sermon lending credence to the Ram brand, the audience perceived the Ram brand as disingenuous for using his sermon as a gimmick.

How Do You Choose a Narrator?

An effective spokesperson will be credible, easy for the audience to relate to, and able to connect emotionally with the audience.

Most brands have many stories to tell. Each story should serve a specific purpose. There are four steps to figuring out who should be the teller:

Who Should Tell Your Brand Story?

Chances are that you can use the four-step formula – identify your audience, decide your message, determine the most compelling teller and test the story – and you’ll be set with your narrator.

If you are in a highly regulated industry with strict compliance rules, however, you may not be able to have the most compelling storyteller. Financial advisors, who are prohibited from sharing client testimonials, know what I mean.

If this is you, it may be best for you to tell your brand story. To avoid the appearance of a self-serving story, deliver information that is helpful to the audience but not at all salesy. You’ll demonstrate your value that way and give prospects a glimpse of what it would be like to work with you.